For the better part of the last two years, Americans have been enthralled by the Special Counsel’s investigation into whether Donald Trump’s unexpected victory in the 2016 Presidential Election was the result of Vladmir Putin tampering with the United States’ election process. In turn, Craig Unger’s House of Trump House of Putin will only increase attention on the subject, as it provides a through examination of Trump’s alleged ties to Russia’s governing body. Unger follows Trump from the 1970s, when he was just starting to rise to power as a real estate mogul, all the way to the election trail – offering concrete answers as to how a business man who had lost influence was suddenly able to out-distance myriad career politicians on his way to the White House. Impeccably researched and artfully presented, House of Trump House of Putin is must reading for anyone interested in the global political landscape. Read by veteran actor Jason Culp (Days Of Our Lives; General Hospital). Running Time: 12 hours on 10 CDS. Sample the narration here.

Also of Note From Penguin-Random House This Quarter

THE CODDLING OF THE AMERICAN MIND. How Good Intentions & Bad Ideas Are Setting Up A Generation For Failure. Greg Lukianoff. Jonathan Haidt. A Penguin-Random House Audio Book.

Critics of the Millennial Generation (namely people over 50) will say that this book was crying to be written. In The Coddling of the American Mind, the authors cite three “terrible ideas that have become increasingly interwoven into American childhood and education:” 1. What Doesn’t Kill You Makes You Weaker; 2. Always Trust Your Feelings; and 3. Life is A Battle Between Good People And Evil People. According to the authors, the adherence to these faulty principles has stunted the intellectual and emotional growth of a generation and left them unable to cope with the demands of this techno-driven society. In proving their point, the evidence Lukianoff and Haidt present is hard to ignore. Read by Jonathan Haidt. Running Time: 10 hours on 9 CDS. Sample the narration here.

Shane Bauer is an award-winning journalist, and his work has never been better than it is in American Prison. Here, Bauer explores the state of the American prison from behind bars. In 2014, Bauer was able to get a job as an entry level prison guard at a private prison in Louisiana. Stunningly, he used his real name during the hiring process and still no one knew the guy was a writer. They didn’t know because they didn’t do a true background check. Once inside, Bauer was able to see what really goes behind those locked gates, confirming what many of us had long suspected about the world of for-profit prisons. In American Prison, Bauer exposes the whole dirty story and then juxtaposes it against the history of for-profit prisons. The result is a book that you can’t stop reading. Read by James Fouhey after an introduction by the author. Running Time: 10.5 hours on 9 CDS. Sample the narration here.

Also Worth A Listen

This novel tells the story of the ultimate power grab, as the descendants of the Nine Unknown Men put “win by any means necessary” to the test. Even though this is fiction, you don’t have to look very hard to see glimpses of myriad real-time governments here.

In Big Game, Leibovich guts the National Football League, exposing the many layers of a business that has made wanton brutality global entertainment.

In 21 Lessons, Harari examines the biggest questions facing people (such as whether or not technology has altered what it means to be human). Readers will be forced to look at the course of their own lives once they pick up this book, as Harari takes us on a riveting philosophical journey with many twists and turns.

RISING OUT OF THE HATRED. The Awakening of A Former White Nationalist. Eli Saslow. A Penguin-Random House Audio Book. 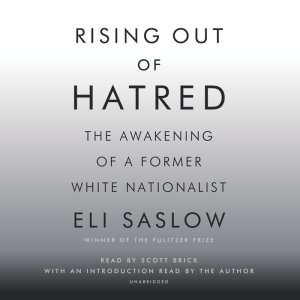 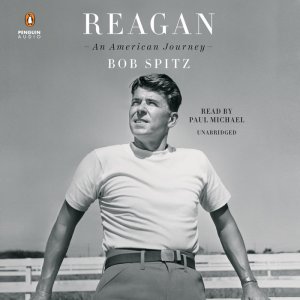 Bob Spitz’s Reagan is the ultimate biography of the 40th President of the United States. Here, Spitz examines Ronald Reagan’s life with a journalist’s keen insight and deep respect for every last detail. The result is a university-level history course that ends up being as riveting as a motion picture. Read by Paul Michael.

ON DESPERATE GROUND. The Marines At The Reservoir. Hampton Sides. A Penguin-Random House Audio Book.

This book recounts the greatest battle of the Korean War as American forces fight both the elements and thousands of Chinese soldiers in an event that would come to define the heart, soul and resolve of the American Military.

This entry was posted on October 24, 2018 by Jacob Aiello in 2018, In the Spotlight, November 2018, Rat On Audiobooks and tagged Audiobook, Book Review, Books, Penguin Audio, Random House Audio.