Different Voices Illuminate the Politics of Our Times

The audio version of this intense treatise by astrophysicist Tyson and writer Lang is no less engaging then its print sibling, as readers are introduced to the ways the military is using astrophysics as a component of defense. By no means an easy read, Accessory To War is meant to be digested slowly and in moderate increments so that you can place the text in a real-time context. And that’s just where the narration by award-winning actor Courtney B. Vance (The People v. O.J. Simpson: American Crime Story) comes into play. Here, Vance delivers the prose with a crisp, clear cadence that ensures the listener never loses focus. Once the fodder of science-fiction television, the subject matter of Accessory To War is now part of our new reality as nuclear-arms threaten the global population. In turn, this reference deserves our attention, for it provides a platform from which we can view the things the generals have added to their arsenal. Read by Courtney B. Vance. Running Time: 18 hours. Sample the narration here.

Also of Note From Penguin-Random House This Quarter 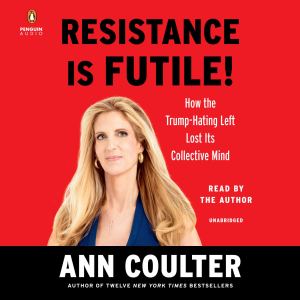 Ann Coulter is all about controversy with this book that calls out liberal Democrats and Trump-haters with a boxer’s stance. In Resistance Is Futile!, Coulter takes Trump’s corner and attempts to shed some light on the most chaotic presidency in American history. While the Special Counsel’s investigation rolls merrily on, with Trump firmly in his cross-hairs, Coulter questions the liberal agenda, questioning whether their tactics are a more egregious assault on the Democratic standard than the alleged Russian hack-job of 2016. You may not agree with a word Coulter says here, but you will nonetheless be compelled to read/listen on. Read by the author. Running Time: 17 hours on 6 CDS. Sample the narration here. 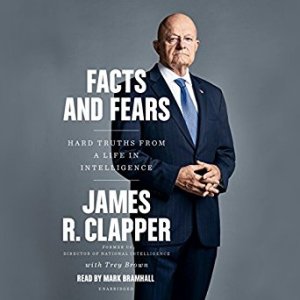 Clapper served as President Barack Obama’s senior intelligence officer for nearly 7 years. As such, he had a position of extreme trust, standing front and center for the raid on bin Lade, the Benghazi attacks and the Edward Snowden disclosures. In turn, Facts & Fears serves as a documentary on politics recorded from inside the hallowed walls of the White House. Here, Clapper dissects the role an intelligence officer plays in support of the President with candor and insight, refusing to skirt sensitive topics. Given all that is happening in Washington right now, Americans can’t afford not to hear James Clapper’s story. Read by Mark Bramhall. Running Time: 19 hours on 15 CDS. Sample the narration here.

Also Worth A Listen

This novel tells the story of Macon Fallon and the settlement of a town called Red Horse – the ultimate western with the ultimate message: A home is always worth the fight.

Adam Stark is mining for gold while simultaneously trying to figure a way to keep his wife from leaving him. When Taggart enters his camp, he realizes money doesn’t always offer the answer. L’Amour is a master at making the ‘story within the story’ the center of the novel. Taggart is no exception. 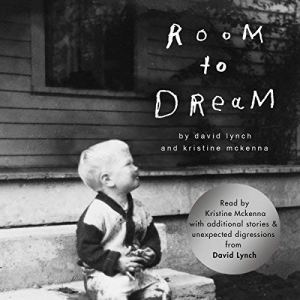 Part memoir, part pure biography, Room To Dream tells the story of the brilliant film-maker David Lynch in his own words. Bare-to-the bone, beyond honest, this book shows us where the faces in Wild At Heart and Blue Velvet were born.

This entry was posted on September 5, 2018 by Jacob Aiello in 2018, In the Spotlight, Rat On Audiobooks, September 2018 and tagged Audiobook, Book Review, Books, Penguin Audio, Random House Audio.