YOU ARE A BADASS AT MAKING MONEY. Jen Sincero. Penguin Audio. 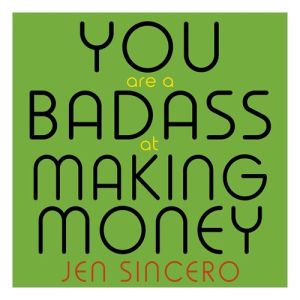 At one point, Sincero was impoverished, wondering how she was going to make it. And then she got serious about turning her life around and having a cushion of cash to offer long-term security. This book shares the secrets that transformed her story, directing readers on how to take control of their financial lives. In reality, the ideas are radically simple, but the path to making the necessary changes is not easily found: It’s all about mental discipline and the unwavering belief in your own ideas. Sincero’s blunt, no-nonsense style instills confidence in anyone who listens. Read by the author. 7 hours on 6 CDS. Sample the narration here.

These days, Southern cooking has become all the rage, as Food Channel features put a long spotlight on the little-known culinary secrets of the region and made them hip. However, this sudden deluge of media attention did little to illuminate the rich past of our foundational Southern states. And that’s where John Edge comes into the story. In The Potlikker Papers, Edge (University of Mississippi) presents an erudite and accessible study of the food history of the modern South, shedding light on how these inventive and layered dishes came to be born. Read by the author. 10 hours on 8 CDS. Sample the narration here.

Michelle Kuo’s career should inspire all teachers on myriad planes. Kuo (the daughter of Taiwanese immigrants), moved from Harvard University to the tiny rural hamlet of Helena, Arkansas as a Teach For America volunteer and literally reversed the course of many young lives. One of those lives belonged to a student named Patrick Browning. Under Kuo’s tutelage, Browning slowly developed his analytical mind and the ability to express himself. But when Kuo left the area to resume her own education and attend law school, Browning soon fell victim to the problems of impoverished America and was arrested for murder. The natural point of the story would be to end here – in desperation and despair. But that’s not Kuo’s way. Instead, she returned to Arkansas and continued her mentorship of Browning in jail, watching him grow into a person with the true intellectual sensibilities to face his future. Read by the author in a deep and expressive tone that resonates with the buried emotion of the story. 8.5 hours on 7 CDS. Sample the narration here.

This novel has a lot to say about the modern face of America. It tells the story of Janey Sweet, whose boss hates fat people. When Janey throws on the pounds after a divorce, he gives her one choice – drop the weight, or lose the job. With little else to do, Janey turns to exercise in an attempt to regain control of her life. Sykes and Piazza have really stepped out with this book, trying to shock readers into looking at themselves and what they’re willing to do for the sake of preserving an image. This is fiction, but it’s fiction with a real message about the superficial world in which we exist. Read by Susan Bennett (Law & Order) 9.5 hours on 8 CDS. Sample the narration here.

This entry was posted on August 7, 2017 by Jacob Aiello in 2017, August 2017, In the Spotlight, Rat On Audiobooks and tagged Audiobook, Book Review, Books, Penguin Audio.