Bob Dylan At the Isle of Wight, Rabbit’s Blues & Clarence Clemons On DVD

“The Second Isle Of Wight Festival of Music, 31 August 1969…and I was there. It was Sunday and I had been asked to perform on the same bill, on the same day, as Bob Dylan. There were people as far as the eye could see, it was surreal to just look out and not be able to see where the crowd ended.”

(Julie Felix, From The Forward).

The 1969 performance that Bob Dylan gave at the Isle of Wight in the United Kingdom stands as his   signature moment following a 1966 motorcycle accident which nearly killed him.

For the performance at the Isle of Wight, Dylan went back to working with The Band, and his show spotlighted a legendary Festival that rivaled what had happened across the Atlantic at Woodstock just two weeks before. During the UK concert, Dylan covered a vast segment of his catalog, as the lush English country-side brought him back to a certain energy and comfort zone on stage.

In turn, this new book by Bill Bradshaw unearths the back-story of Dylan’s performance, offering some key insight into why the poet chose to make this reappearance at this UK Festival. To this day, Dylan has maintained fond feelings for The Isle, evinced  by the fact that he recently gave Ashley Hutchings – curator for the 50th anniversary celebration of the Festival –  a previously unpublished poem for presentation at the upcoming August 31, 2019 event.

Readers will cherish Bradshaw’s book, which is chock-full of antidotes from the fans and organizers and co-headliners who stood on the island that day – the “I Was There!” sidebars serving as the collective centerpiece of the collection. The narrative is further augmented by a plethora of new photographs that show a largely upbeat Dylan – the singer in evocative voice and indomitable spirit during the 1969 concert that in many ways upstaged Woodstock. And Bradshaw writes:

“Bob Dylan left the 150,000 Woodside Bay crowd wanting more, much more, having played for just a few seconds more than the hour he was contracted to perform. His 17-song set, including two encores, was rapturously received and there could be little doubt that, after a live performance hiatus of more than three years following his motorcycle accident, Dylan was back.”

In retrospect, the Isle of Wight remains one of the turning points in Dylan’s storied history; nonetheless, it is a point that has largely remained in the shadows. Accordingly, Bradshaw’s treatise – delivered in a rolling ‘memory-book’ style –  is a long time coming,  providing historians and fans with an indispensable record of Dylan’s return to live performance.

Dylan’s one hour set from the Isle of Wight is available on ANOTHER SELF PORTRAIT: The Bootleg Series Volume #10 (1969-1971); Columbia Records. Read John Aiello’s review of the collection here.

Also Of Note This Month 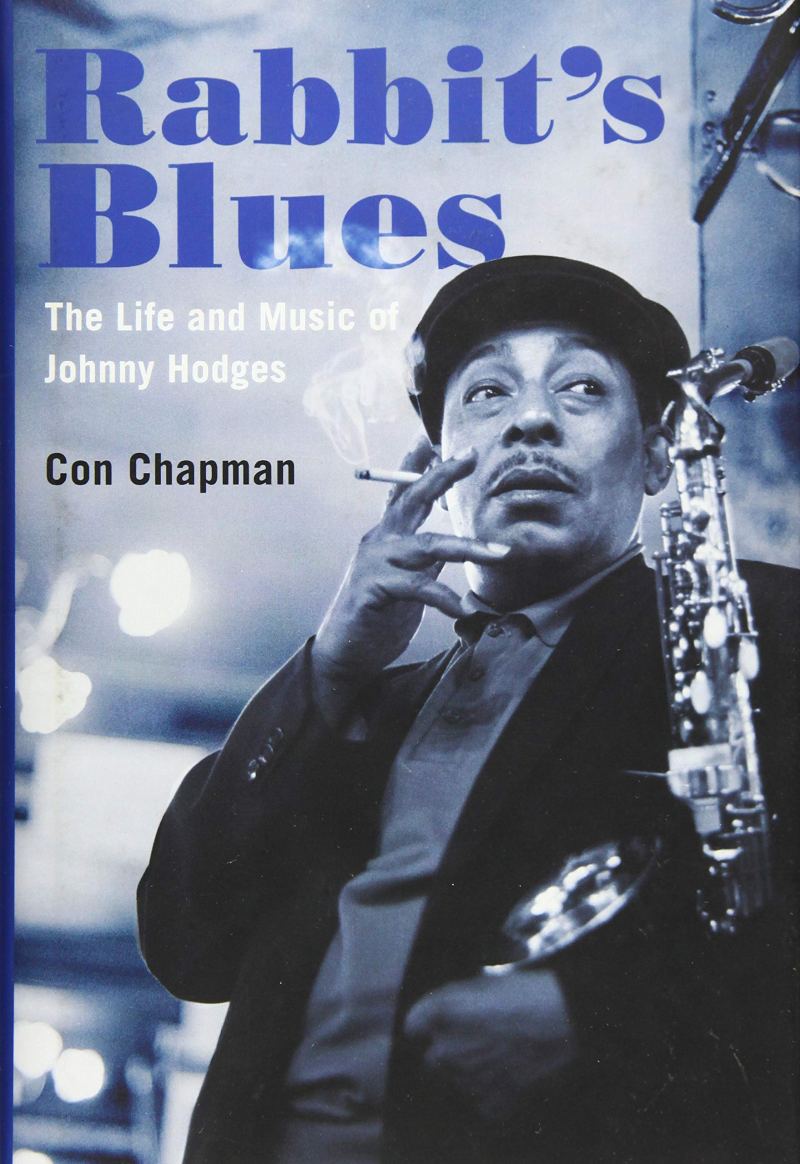 Johnny Hodges was one of the great saxophonists to ever play, and his impact continues to resonate long after his death. And even though Hodges’ name is now mostly known only to hard-core jazz enthusiasts, his influence can’t be denied: This is the guy who gave John Coltrane his break in the business; and this is the guy who fortified Duke Ellington’s band, taking its verve to the next level. In the recently released Rabbit’s Blues, Con Chapman presents the definitive statement on Hodges’ life and work, tracking the evolution of man and artist with flair and depth. In turn, as you read the story of  the “Rabbit,” you will be returned to another time, returning to an era when musicians didn’t rely on shtick, relying instead on the ability to transcend history and genre  – their art an amalgamation of the people and places with whom they interacted. Johnny Hodges work is readily heard today in blues, rock and modern jazz. And Con Chapman’s well-founded treatise documents just why the Rabbit’s sound has survived.

From the DVD Shelf

CLARENCE CLEMONS: WHO DO I THINK I AM. Directed By Nick Mead. Produced By Clarence Clemons, Joe Amodei and Nick Mead. Virgil Films. MVD Visual. 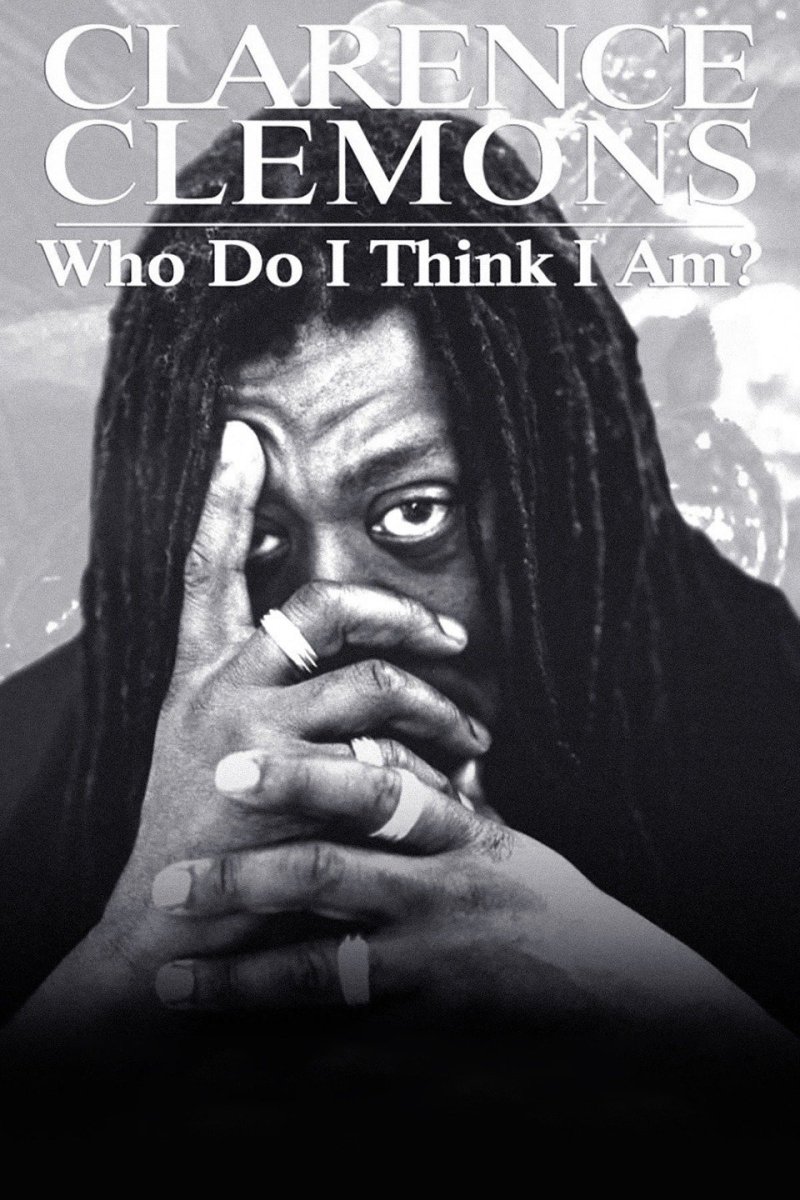 Clarence Clemons, the late great saxophone player who served as the centerpiece of Bruce Springsteen’s E Street Band, had a hand in laying the groundwork for this documentary before his death in June 2011. In sum, Clarence Clemons tells the story of the musician’s spiritual awakening, as Mead chronicles his travels through China following Springsteen’s  epic “The Rising” tour. Viewers will find the guts of this film in the array of interviews that collectively paint Clemons’ portrait, as the voices of Bill Clinton, Joe Walsh, Nils Lofgren, Michael Walden, Jake Clemons (and others) speak to a man who was not married  to rock-and-roll fame. Instead, Clarence Clemons was always searching  to see his real self, searching for the answer to the question –  why are we here? –  that haunts each of us. In turn, this well-conceived documentary sheds a vivid light on the reason Clemons became the “Big Man” who Springsteen couldn’t help but lean on.

This entry was posted on October 1, 2019 by Jacob Aiello in 2019, In the Spotlight, October 2019, Rat On Fiction & Nonfiction, Rat On Music and tagged Bob Dylan, Book Review, Books, Music.