AT HOME WITH MUHAMMAD ALI: A Memoir of Love, Loss & Forgiveness. Hana Ali. Amistad/Harper One Group.

Cover courtesy of Harper One.

Fans of the enigmatic boxer will be captivated by his daughter’s beautifully written memoir that sets out to capture the face behind the public persona. In At Home With Muhammad Ali, Hana Ali shows us both the tenderness and complexity of a man who battled disease, racism and the corruption of a brutal sport with unwavering insight and grace. At Home With Muhammad Ali is the kind of book that you read in a weekend: Once you start it you just have to hear everything the young Ali has to say about her dad.

BEFORE WE WERE WICKED.  Eric Jerome Dickey. Dutton. 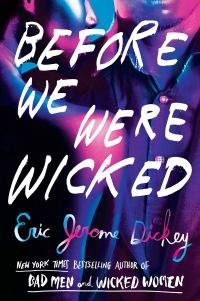 Nobody currently publishing today writes sex better than Eric Jerome Dickey. Dickey simply has that certain ‘something’ – his prose able to covey a palpable eroticism that locks down the reader and compels him to have to see more. And Before We Were Wicked is no exception, with Dickey returning to two of his most complex characters (Ken Swift and Jimi Lee) who combine to explore every secret thing ‘passion of the flesh’ means.

The Real Traviata presents the biography of Marie Duplessis, the woman who inspired arguably the greatest opera of all-time, Verdi’s La Traviata. Weis has done a superior job of not only presenting the rags-to-riches story of Duplessis, but also of illuminating the distinct social issues at play that coalesced to create the platform for Verdi’s famed masterwork.