Journal Entries, Poems & Jottings From A Once In A Millennium Poet

“These journals are a welcome and relevant addition to Ginsberg’s huge oeuvre and persistent legacy.” 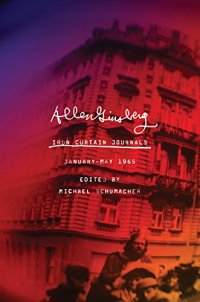 Allen Ginsberg’s life could very well be termed ‘the heroic journey of a poet.’ In turn, this volume just released from  University of Minnesota Press chronicles one of his voyages that took place during the first half of 1965.

Iron Curtain Journals comes to us Ginsberg’s most intimate travelogue, recording his observations and experiences as he moved through Cuba, Czechoslovakia, Russia, Poland, Auschwitz and England.

And while it’s true that most “journals” suffer from a dry and stale ‘you had to be there’ tone, Ginsberg’s work suffers no such fate. Because the poet’s mind was so active, because it was always searching, his prose resonates with the same richness and detail that’s gleaned from his legendary poems. Accordingly, this volume  spotlights the bare edges of Ginsberg’s poetics as he melds them with a keen awareness of the politics of the times.

And the poet writes from Cuba:

“Analysis of Govt policy, sex repression for training of obedience. Castro a great Charmer but Absolute law. Preparing emergency military state buildup like Russia-China, no change possible but increasing control & rigidification for 20 years or until U.S.  Threat abates – advised me not to sleep with anyone –   they’ll get into trouble…” (At page 70)

And later, Ginsberg writes from the Soviet Union:

bootsteps echo on the vast black

The power of Iron Curtain Journals gets a big-time boost from editor Michael Schumacher, who also wrote Dharma Lion, the hallmark biography of Ginsberg’s life. Schumacher obviously knows Ginsberg’s work thoroughly, and this knowledge allows his to capture the subtle inflections of the poet’s pace perfectly. The ending result is a book that compels both attention and introspection as we come to experience a piece of what this once in a millennium poet saw as he traveled the circuit in 1965.

This entry was posted on February 1, 2019 by Jacob Aiello in 2019, In the Spotlight, January 2019, Rat On Fiction & Nonfiction and tagged Beat Generation, Book Review, Books, Poetry.