“The fact the Giants were the first organization of any major league sport to take on this issue says everything about them as an organization,” says Nora Hanna, Executive Director of Until There’s A Cure Foundation. Photo courtesy of San Francisco Giants.

The San Francisco Giants were the first professional sports team to host a game dedicated to AIDS/HIV awareness. A quarter century later, the Giants continue to forge a path toward the eradication of AIDS, partnering with the Until There’s A Cure Foundation to celebrate their 25th anniversary of being at the forefront of the push to solve this global problem.

Until There’s A Cure Day 2018 is slated for Sunday June 3rd, with this year’s event presented by Gilead Sciences in collaboration with the Giants Community Fund. The Giants work with Until There’s A Cure Foundation kicked off way back in 1994, and it was quite a leap – at the time, no sports team had ventured near the volatile issue. I surmise some saw it as too controversial a step, asking fans to aggressively confront a disease that had largely defied scientific explanation.

But the Giants put an end to all that back-pedaling in typical fashion; rather than continuing to hide from the deaths and devastation that AIDS had unleashed, the G-Men instead chose to bring information about the disease to its fan-base in an effort to create awareness and generate research dollars. And the city of San Francisco embraced their efforts in typical fashion as well, with fans opening up their purses and donating dollars to the cause. Over the course of the last 25 years, the Giants’ efforts have raised over $400,000 to combat the deadly AIDS virus.
As Shana Daum, Vice President of Community Affairs and Public Relations for the Giants notes, the team has maintained a singular focus with regard to the Until There’s A Cure campaign. 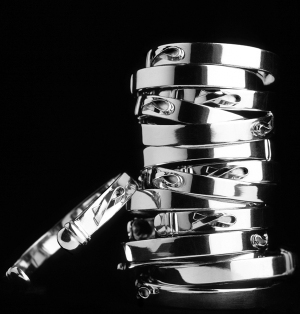 HIV continues to impact the African American population in staggering numbers. For example, the Center For Disease Contol (CDC) reported that in 2015, “Approximately 17,670 African Americans received a diagnosis of HIV infection[and] that African Americans represent more than one-third (40 percent or 498,400 persons) of all people living with HIV.” However, the data regarding infection among black women is even more alarming. According to the CDC: “Black women accounted for 11 percent of all HIV diagnoses in 2015 and the majority (61 percent) of diagnoses among women overall. The HIV diagnosis rate for black women remains 16 times as high as that of white women, and almost five times that of Hispanic women.” Photo courtesy of Until There’s A Cure Foundation.

“Our role hasn’t changed since we launched this event in 1994,” says Daum. “And that role is still about creating awareness among our fans and putting a spotlight on HIV and AIDS. 25 years ago, we said we were going to be in this with them [the Until There’s A Cure Foundation] until there’s a cure. And we’re still here, trying to help raise funds and find that cure.”

“The Giants continually focusing in on this allows us to reach an entire generation,” Nora Hanna, Executive Director of the Until There’s A Cure Foundation adds emphatically. “And we need that next generation to come along and help us get to zero [zero new infections].”

The Until There’s A Cure Foundation is based in Redwood City, California. The organization was founded in 1993 – the brainchild of two mothers who wanted to do something tangible to combat the affects of AIDS. In sum, Until There’s A Cure exists to raise money for AIDS research. The group also uses a portion of the donations to help fund programs for the treatment and care of AIDS patients, but never engages in any direct patient-interactions itself.

One of the many ways the foundation raises money for research and community education programs is by selling bracelets, items which over the years have come to symbolize America’s refusal to turn its back on the sick and dying. These bracelets were created by Isabel Geddes of Florence, Italy in 1993 – crafts inspired by the POW-MIA bracelets that rose from the Vietnam War. Today, the bracelets (which will be for sale June 3rd at each level of the ballpark and at the Community Clubhouse) remind us that the answer to the problem of HIV/AIDS requires us to continually look ahead, pushing toward a day when there will be a permanent answer to this disease.

“Because the Giants are a part of what we’re doing, it’s helping to keep AIDS in the minds of baseball fans,” says Hanna. “Maybe it will help encourage somebody to get tested or somebody else to seek treatment. But it’s clear that the Giants are helping us touch so many more people, while also helping to remove the stigma that goes along with these diseases.”

Together, the Until There A Cure Foundation and the Giants step out to make the faces of those afflicted with AIDS visible. And on June 3rd, each of us has a chance to contribute to their mission while relishing summer baseball at AT&T Park. While the ultimate point is to enjoy the Giants and Phillies battling on 60th Anniversary Willie McCovey Bobblehead Day (the first 35,000 fans to pass the turn-stiles will receive the souvenir), it is nonetheless vital that we spend a few moments thinking about AIDS: It’s imperative that we not allow those who have succumbed to the disease to have died in vain.

For information, or to donate to the Until There’s A Cure Foundation, go to:

To learn more about HIV and AIDS and their global impact, go to these sites: