Oxford University Press Explores the Many Faces of World History 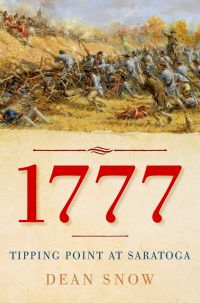 Historian/Archaeologist Dean Snow takes the 33 days of the Saratoga campaign (widely remembered as the tipping point when British power in the Revolt of the Colonies began to recede), and gives it what could be considered the Vin Scully treatment. Rather than tread the well-worn ground of dates, numbers, strategies and movements, Snow instead focuses on spotlighting the personal lives and experiences of the participants – from the high-ranking generals to the lowly latrine cleaners. Borrowing from a rich storehouse of letters and diaries preserved by families and historian/aficionados, Snow creates an indelible image of what it was like to be in a campaign that forever changed the soldiers and the land they lived on.

THE FACE OF BRITAIN: A HISTORY OF THE NATION THROUGH ITS PORTRAITS. Simon Schama. Oxford University Press. 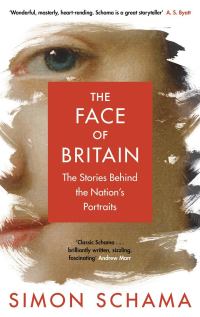 Art historian Simon Schama’s latest work deftly engages his twin interests of art and history by presenting a collection of images of Britons by other Britons. By virtue of this approach, Schama is able to show us that the way one interprets his compatriots often yields deep insights into how artists view both their country and themselves. In his study, Schama (whose previous works include A History of Britain Vols. I-III, The American Future: A History, and The Story of the Jews, Volume I: Finding the Words, 1000 BCE-1492 CE) draws on Britain’s vast store of paintings, lithographs, sketches and etchings to compose a vivid, profound and illuminating mosaic of a culture that still remains vibrant and powerful 2,500 years after it was born. Whether you’re watching royalty glare down disdainfully from a well-preserved oil or absorbing a tattered drawing of a beggar astride the open sewers of medieval London,  it’s always only about touching the many beautiful faces of Britain.

THE POISONED WELL: EMPIRE AND ITS LEGACY IN THE MIDDLE EAST. Roger Hardy. Oxford University Press. 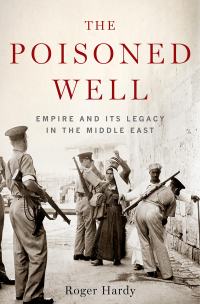 Most know that the present-day turmoil in the Middle East is largely attributable to the colonial era that didn’t really end until the 1960s. In turn, many either have a hopelessly romanticized view of the region (“Lawrence of Arabia”), or a dark and foreboding one steeped in the bombing of the King David Hotel and the massacres in the Bakaa Valley.

In his treatise, Roger Hardy (“The Muslim Revolt”) focuses on the period sandwiched between the end of World War One and the beginning of the cold war, using contemporary and present-day narratives from the people who were a part of that era and who experienced the ongoing evolution of the Middle East first-hand. Hardy’s work in The Poison Well stands tall as he borrows from his twenty years at the BBC World Service to illuminate ten present-day nations in the region, expertly showing how colonial powers influenced  every aspect of their growth.

The Poison Well is recommended to libraries at both the college level and in the private sector – an indispensable reference that strives to help its readers understand the events that have shaped the modern face of the Middle East.

by the Editor & Electric Review Staff

This entry was posted on October 31, 2016 by Jacob Aiello in 2016, In the Spotlight, November 2016, Rat On Fiction & Nonfiction and tagged Book Review, Books, Oxford University Press.